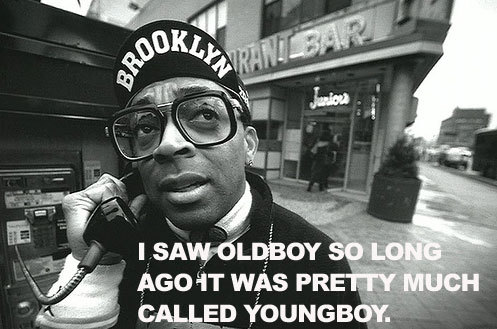 Spike Lee could be directing the Oldboy remake

According to Twitch Film, the Malcolm X director is currently in negotiations to make the film, which has long been twiddling its thumbs in pre-production.

The original film follows a man whos kidnapped and locked in a room for 15 years, only to be released into a minefield of mind games