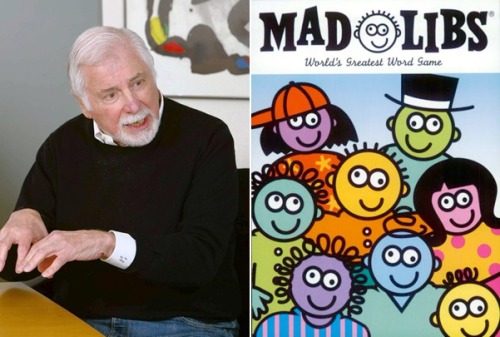 RIP: Leonard B. Stern, inventor of the timeless travel game Mad Libs, passed away this week at his Beverly Hills home. He was 88.

Stern, a TV writer, producer, and director by trade, came up with the wildly popular word game while writing a script for The Honeymooners in 1953. “I need an adjective,” Stern reportedly said to his friend, humor writer Roger Price, who was walking by. “Clumsy and naked,” Price offered. Stern LOL’d, and a craze was born.