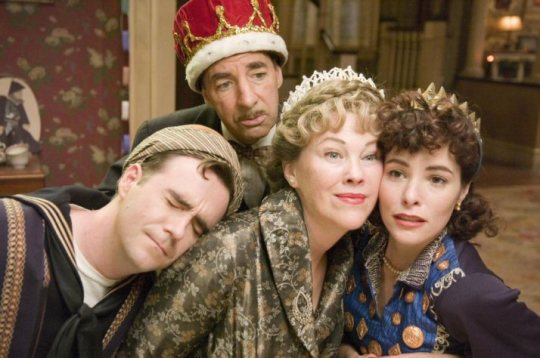 Of the many delightful methods by which one might remind a friend of their own mortality, none’s more effective than movie release dates. Simply mention to a pal that a child born during a screening of The Lion King can legally purchase a beer in the present day and like a shot, he’s holding his head in his hands and contemplating his inexorable march to oblivion. When some schlub clicks onto a listicle gawking over the thirty years that have elapsed since Ghostbusters’ debut, he sees the specter of his own inescapable death in the face of Harold Ramis.

Christopher Guest’s sublime showbiz satire For Your Consideration, however, isn’t that long in the tooth. The film made its debut a scant nine years ago in 2006, not quite in the midlife-crisis-inducing range. And yet Guest’s picture still communicates the passage of time with a glaring specificity that its director could not have possibly anticipated. The film’s inside-baseball take on the Hollywood rumor mill, specifically as it relates to the orgy of PR maneuvering that is the Oscar race, has aged like gutter cheese. John Michael Higgins’ boob of a press rep presciently exemplifies the haste with which baseless speculation hardens into accepted fact, but that process has also been dramatically sped up and refined in the nine interim years. Along with the film’s hilariously crude engagement with technology and a then-nascent internet, it functions almost like a time machine, transporting modern viewers back to a quaint, more innocent era. Ultimately, the gulf separating the status quo of For Your Consideration from the present day subtly testifies to the dizzying speed with which life changes these days. In Tinseltown, stars can take shape from gaseous nebulae or go full supernova in the span of a three-minute interview. In the outside world, though, the rapid advance of technology can overhaul a day-to-day routine, and do it even faster.

For Your Consideration’s Maltese Falcon, its Ark of the Covenant, its briefcase full of microchips is an object no less coveted or difficult to obtain: the Academy Award. When questioned, the collection of tactless actors that bustle about the film instantly play the integrity card and faux-humbly shrug that nobody pursues art to win trophies. But the moment that anybody utters the words ‘Oscar nomination’, whether it be Fred Willard and Jane Lynch’s exquisitely bubbleheaded TV personalities or some anonymous schmo with an Internet connection, the actors’ eyes glaze over. The prospect of an Academy Award turns them into sharks drugged-up on the scent of blood, willing to abandon all rational thought in the pursuit of their prize. As the film-within-the-film’s leading lady Marilyn Hack (and please, a moment to soak in the genius of that name, splitting the difference between Old Hollywood glamour and the cold realities of showbiz struggles) falls victim to Oscar fever, she takes complete leave of her senses, even going so far as to render herself unrecognizable with a gamut of frightful plastic surgeries. The little golden man, and the huge profile bump that accompanies it, is the fuel that powers the ceaselessly churning machinery of the Hollywood dream factory.

Guest, who pulls double duty in front of the camera as Home For Purim’s worrisomely aloof director in a little metatextual rib-tickle, unveils O’Hara’s ghoulish new visage and bionically augmented breasts without warning. One moment, Marilyn Hack’s sitting down for an interview as her regular self, and in the next scene, her face has been contorted into a permanent smile for a high-profile TV appearance. The abruptness of her transformation reinforces the dizzying speed by which awards narratives take shape in Guest’s Hollywood. All it takes is one blog post to send the whole of Los Angeles into DEFCON 1, illustrating viral information’s movements before the word had even entered the public lexicon. Publicists and trade publications pick up the scent of scuttlebutt and blare it out for all of creation to see, crowning new Oscar sure-things with each positive pre-release report. But as hectic and lawless as For Your Consideration’s PR campaigns may be, they’re child’s play in comparison to the anything-goes free-for-all that is the pre-Oscar scramble in the year 2015.

A thriving cottage industry has sprung up around the public’s seemingly unquenchable thirst for baseless speculation over the outcome of the Academy Awards. Attribute it to the primal urge to determine victors and losers or the deep-seated satisfaction of cataloguing quantifiable factoids, there’s no denying that anticipation of the Oscars has long since eclipsed the Oscars themselves as a source of entertainment for pop-culture junkies. Publications hire writers for the sole purpose of covering the awards beat in specific (though this is not an intrinsically bad thing; Mark Harris has consistently run insightful, marvelously-written coverage of the Oscar race at Grantland), and the cycle never sleeps. Whereas the buzz for the stars of Home For Purim begins to build in the months directly prior to the big night, Oscar speculation has spread to cover the entire calendar. Post-show wrap-ups now coincide with articles trumpeting a first look at the projected contenders for next year’s proceedings. And the criteria for what does and does not validate the awards theorizing has also changed radically. Higgins’ PR agent specifically notes that the earliest suggestion that Marilyn may have gold in her future comes from an anonymous commentator who had visited the set and seen dailies from the unfinished film. In the ceaseless maelstrom of blind guessing that dominates awards discourse today, full verdicts are handed down based on proof as slight as casting announcements or vague plot summaries. Reading the tea leaves to divine which pictures might push the right Academy buttons has expanded from an arcane ritual to a business large and profitable enough to assert itself as hard science. For Your Consideration’s impression of the Oscar frenzy communicated quite a bit of hustle and more than its fair share of bustle, but next to the self-devouring hydra of modern entertainment journalism, it looks downright adorable.

The film’s datedness makes itself known even more apparently through the characters’ relationship with technology. Watch any work of entertainment centered around the biz of show and a high-powered agent character is bound to turn up, and when that happens, he or she will be invariably glued to his or her earpiece and cell phone. The ability to remain up-to-date on the slightest shift in the winds of buzz is an absolute must for anybody working in Tinseltown in the year 2015. The 2006 of For Your Consideration, however, marks a vital crossroads in the Hollywood status quo. It takes place in a year where the computer was moving from a geeky novelty to a necessary tool for everyday workflow, and many of the (decidedly middle-aged) characters run the risk of getting left behind. Higgins’ clueless publicist fumbles with a simple mouse-keyboard setup like a chimp with a soldering gun, fascinated with that which he can’t possibly understand and slightly fearful that he may hurt himself. The word “web site” sticks in the characters’ mouths with an alien sort of discomfort, a foreign concept they’ve got to chew on and get comfortable with.

They’re leagues removed from the 24-hour plugged-in melee of networking and updating we’ve now accepted as everyday reality. The really jarring part, though, is that the distance between 2006 and 2015 is far greater than that separating 1996 from 2005, or 1986 from 1995. With the digital breakthrough of the computer era, technology has begun to mutate and advance at an exponential rate, far more rapidly than before. As tech-types sophisticate gadgets further and further, the pace at which those gadgets can spawn new, even more sophisticated gadgets quickens. The little bits of everyday life that go taken for granted then follow. It’s not quite that showbiz has changed, or even that technology has changed — change has changed. His mad dash is our snail’s pace. 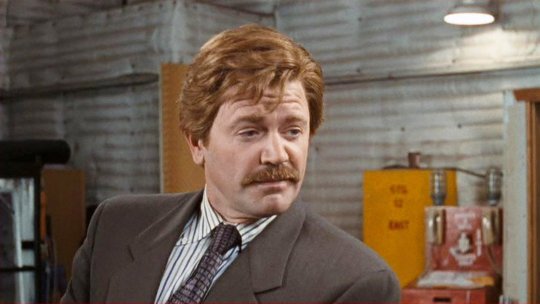 There’s a sort of tragic poetry to the hopelessness with which For Your Consideration’s dramatis personae fumble with computers. The world is in the process of leaving them behind, a sadly universal experience never felt more acutely than in Hollywood. Christopher Guest shows his frequently pathetic leading men and women wheezing to keep up in a town they no longer recognize, subjecting themselves to humiliating appearances on radio shock-jock hours and youth-oriented hip-hop variety shows. The audience understands the unspoken fate that awaits these Oscar hopefuls as they age out of a profession obsessed with youth, but that implied tragedy is forestalled for the film’s slim 86-minute run time. Suspending the aggressively smiley B-listers of For Your Consideration in the amber of cinema lends the film a rare sense of timely specificity. At a viewer’s convenience — an increasingly scarce commodity — a simpler era is a click away.